…. And so it went on and on and on … a myriad of hidden things that eventually become repetitive … similar to when a bronze sculpture is created …. but things that are essential to make the striking front façade of the castle a real, living sculpture.

For example, the fascinating ceiling that was created in the main dining room (with all the effort that went with it!), was repeated in the breakfast room, the toilets next door as well as those in the art gallery, in the room next to the art studio, the main bedroom, and the starlit bathroom ceiling of that room. Other spaces were given a conventional, modern ceiling which entailed the same effort. Several spaces inside and outside required floor tiling and wooden floors.

One takes it for granted that all walls are painted, but the undercoat and various colours required human beings to apply it. Air ventilation ducts and mechanisms, as well as air conditioning equipment was installed. Endless waterproofing was done, 44 old doors (recycled) had to be stripped of old paint, then sanded with great care and afterwards treated with a special “muti” (or special preservation mixture).

One of the most important, but totally hidden tasks was electricity piping and installation. When the contractor vanished we gradually realised that all piping embedded in the concrete was blocked … which implied that ALL electricity had to be redone … and in this regarding Hannes and Stanley, in a significant way, saved the construction and completion of the castle.

As far as plumbing is concerned, a little auditorium of horrors presented itself in many ways. There were about seven plumbers working here in succession, and plumber number two installed sewage piping to some of the suites in such a way that effluent was expected to flow uphill … plumber number five installed under-concrete piping that after some years started leaking (copper piping connections were not sealed).

However, the detailed work did not end here … all doors need to be hung, all doors needed hinges as well as locking mechanisms. Mechanisms were installed to assist in automatic closure, many windows required new glazing and locking mechanisms, endless restored wood and polyfoam cornices were required. They had to be treated in a specific way before the final look could be achieved.

All the roof tiles as well as wood structures from the only original structure that that was on the premises before building operations commenced, had to be stripped and then re-used to construct an open, covered parking garage as well a roof protection for dogs. There remains an unfinished room that is still used as a general storage area, and a make-shift structure was erected outside (backyard) to accommodate more things that would be damaged if left outside in the rain and sun. And then incessant maintenance of the building.

All this, together with the more “glamorous” creations like smaller sculptures, the castle’s front façade and main dining room eventually culminated into the creation of Constriction and Release … and a sigh was hovering over the castle …. ”what a ride!!”.

(Click here Castle in the Mist 7: Constriction and Release to view the last of seven short videos about the construction of the castle and other smaller sculptures). 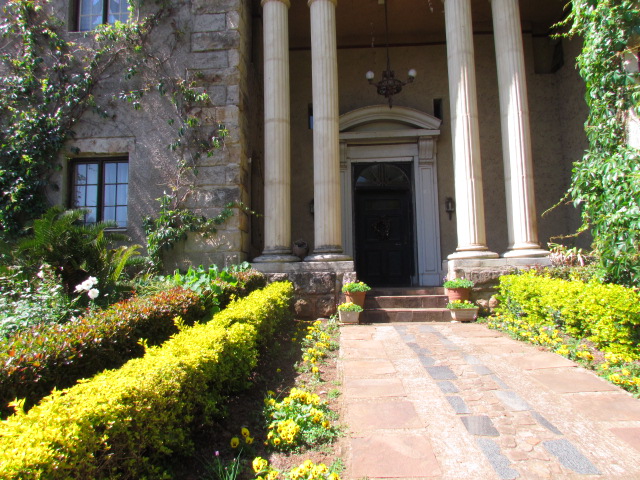 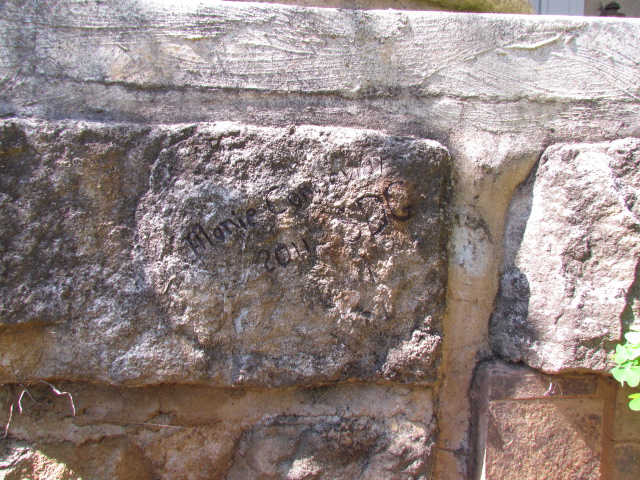 Under usual human circumstances, the temptation will be there to develop a bloated ego, but in the final instance, I thank God for allowing me to be a mere instrument to create beauty. Therefore my signature on the castle sculpture’s cornerstone is accompanied by SDG ‘’Soli Deo Gloria”  “To God Alone the Glory”. I did not have the skills and know-how to take on and complete a daunting task like this … Divine Blessing, Guidance and Inspiration are omnipresent.